For a deeper look into our DataScope Select REST API, look into:

When a bond matures – I know not to ask for EOD data again as there is a maturity_date on the security.

How to do I know to stop asking for EOD data on it (datascope api) – it just starts returning no data rather than something indicating it was called?

If it doesn't help, you can contact the DataScope Select support team directly via MyRefinitiv and ask for the method to verify the called bonds.

Thanks - Asif was asking on my behalf - Generally I wanted to avoid asking for a price when a bond has matured or been called ie not trading so I guess Trading Status could also be used "Description": "1=active; 0=delisted."

Question1: Is this a better field to use than asset status?

The issue with DSS is say I have an ISIN for a bond that was called a while ago - DSS doesn't return any data against that bond at all (not even the status) except in the notes to say it is inactive (which is not really parseable from a coding perspective).

Question2: Is there a different template that can be used to get whether the bond is active or not (currently using EOD Pricing Template). Its a bit strange that the asset status/trading status fields are null when the security ceasing trading - shouldn't they stay as inactive/called?

I don't want to use a null to mark securities inactive my side. 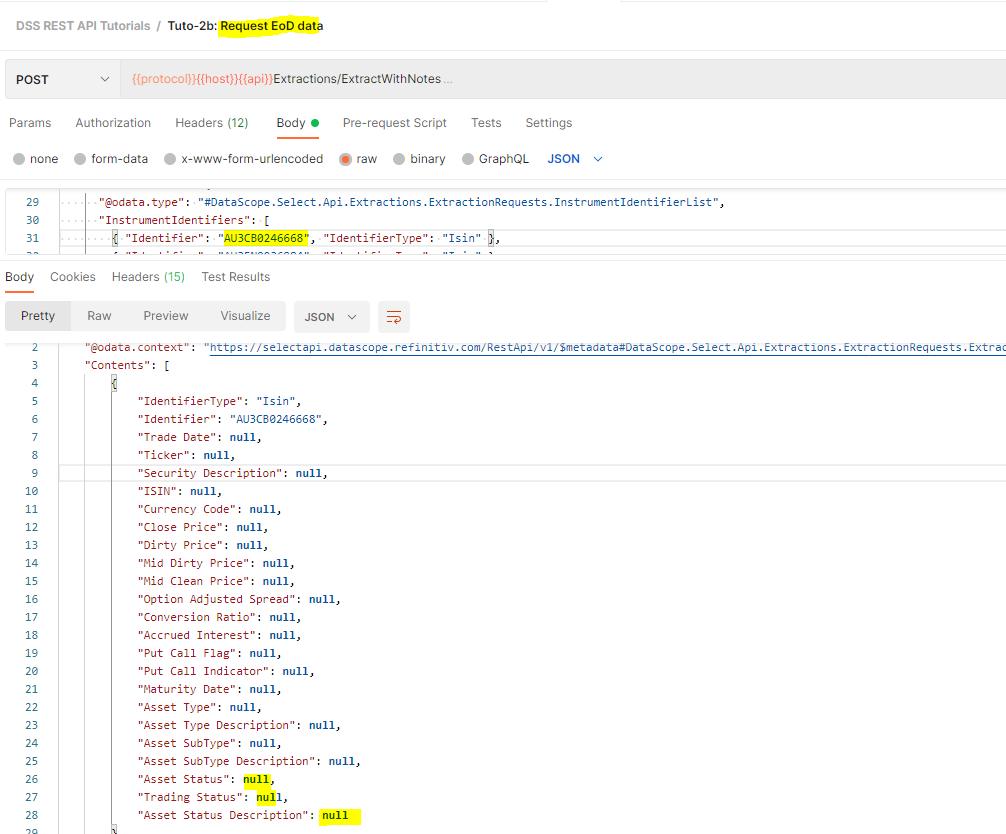 This forum is dedicated to software developers using Refinitiv APIs. The moderators on this forum do not have deep expertise in every bit of content available through Refinitiv products, which is required to answer content questions such as this one.

Hi Jaripongse - thanks for your help. We are trying using the validation options to get back the trading status and seem to be having a bit more luck. 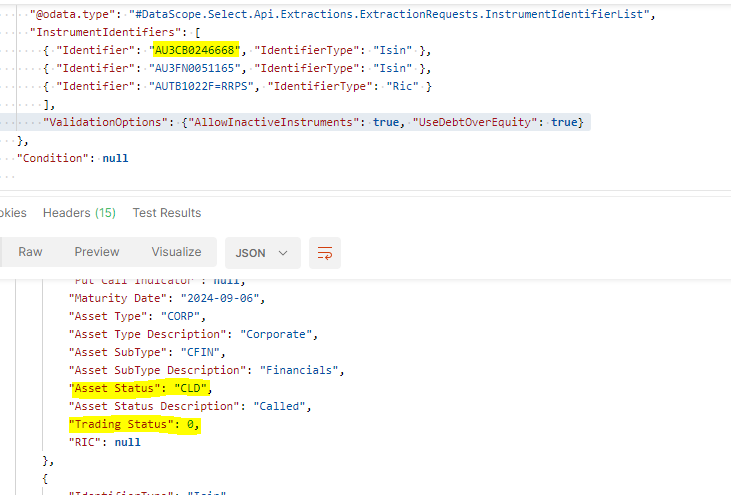 Thank you for sharing this useful finding.