I think qgrid needs to be updated in CodeBook.

Running a simple test, see first screenshot, results in an error in grid.py, which is part of qgrid. It seems this was a problem at the beginning of last year (see #287 on the qgrid github). The suggested fix in there. see second screenshot, to lines 879 and 916, is included in the current version of the file: https://github.com/quantopian/qgrid/blob/master/qgrid/grid.py.

According to Libraries&Extensions.md qgrid is v1.1.1 in CodeBook. Is it possible to update it, as as is, it is not useable?

I have contacted support and they suggested asking here.

(Apologies for the choice of forum - there's no "CodeBook" or similar.) 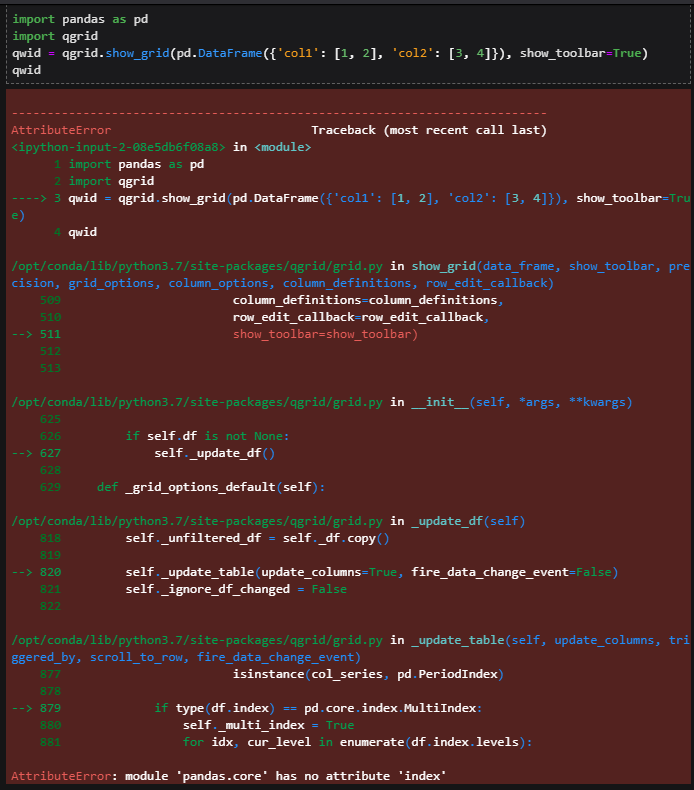 Thank you very much for reporting the issue.
Please be informed that the version of qgrid library in Codebook has been updated to v1.3.1, which addresses the issue you reported.

Hi team, is there currently a way to search for SPAC deals using the RDP API?

How to upload GitHub notebooks to codebook

discrepancy between RDP API vs Excel RSearch for corporate bonds