We have a working test application in .net capable of streaming a single RIC and displaying all available fields for such RIC.

We are going to use it among others to investigate the fields and whether a RIC is available in the stream etc.

We have also started to modify the true feed server application in order to use the new technology, while remaining compatible with the older one.

So that we can switch between them if necessary.

This app is much more advanced than the simple test one and I have a few questions / remarks, that I am going to enumerate, without a specific order:

The DataState field comes as a string but we used to have it as an enumerator defined in RFA dll, which is much more solid.

I want to be sure the string can be parsed into such an enumerator, so can you confirm that all and only possible values are the following:

Same question for the StreamState enum:

In the old technology, after the first login message we would receive a full image of all RICs (i.e. all available fields).

Then a second login message.

We would indeed perform a check on available RICs and a lot of business logic deriving from it.

For example, we would distinguish between three states, Disconnected / Subscribing / Streaming (where Streaming only takes place after the initial imaging of all RICs)

This second login message seems not to take place anymore in the new technology, so I am looking to find a way to tell.

Can I safely assume that there is always a ‘Refresh’ (full) message for every RIC and only after that an ‘Update’ message (partial) for existing RICs ?

For non-existing RICs, can I assume that there is always at least a Status message coming back, telling the record in Closed or Suspicious, etc. ?

On the basis of this behavior I could reconstruct our business logic.

I tried in two different ways:

For former seems not to work or at least I am missing something.

Almost like it subscribes only to one RIC anyway, probably the last one sent.

The latter works fine, but so far only tested for about 40 RICs.

Will it work for few thousands too ??

The WebSocket object is defined with 8K buffer size in your examples.

Do you think we shall use a larger size for real-world applications with thousands of RICs being streamed ?

What would happen and how can we inspect a buffer overflow ?

Is the client connecting to an ADS or RTO?

There is a theoretical limit of 64K for batch request message size, and as my colleague just posted above, the MaxMsgSize value return in the Login response shows the actual value. So, the client should reduce the batch request to say 4000 RICs and confirm it works. If reducing the batch size works, then they should try making splitting the 5K RICS into two batch requests instead.

In terms of your questions about RTO feed limits etc:

I have certainly run Websocket API tests with 3k RICs without issue, however, I was not doing any particular processing with the response payload (other than dumping to console / file).

There is a possibility the client may struggle with 10K instruments from a single .Net example. The RTO or ADS ability to support 10K RICs should not be an issue, rather the ability of the .NET application to process 10K RICs worth of Streaming JSON updates, how many fields they are processing, how CPU intensive the payload processing is etc.

If the customer does not need every field in the Refresh and Update, then they should consider using a View - to minimize the bandwidth usage and processing of the payload required. A Batch and View can be combined into a single request - see View Tutorial or demonstrated in WebSocketAPI.Python.TestClient

There are a number of questions in there, some of which I may not be able to provide - I will also reach out to colleagues to help.

DataState and StreamState fields have been very consistent historically and we do not foresee any changes that will break existing applications.

The initial imaging of records

however, I may be misreading your explanation. You are correct, there is only 1 login response.

Can I safely assume that there is always a ‘Refresh’ (full) message for every RIC and only after that an ‘Update’ message (partial) for existing RICs?

Correct. The one exception is if you included an invalid RIC in the request, you will receive a Status in lieu of a Refresh.

For non-existing RICs, can I assume that there is always at least a Status message coming back, telling the record in Closed or Suspicious, etc.?

Do you think we shall use a larger size for real-world applications with thousands of RICs being streamed?

I would suggest you start with the default and increase to measure the effects if any.

What would happen and how can we inspect a buffer overflow?

If it is a situation where the buffer overflows as a result of a slow consumer, the server will disconnect the WebSocket connection.

Could you please clarify this question? Do you want to send multiple RICs data in a single Post message?

The question was basically, how to request for multiple instruments in the post message.

See below questions from the developer for more context:

I moved from the test of a subset of 40 RICs (where all seems to work well) into the full ~ 5000 RICs, but websocket is failing.

In particular, I get the message: The remote party closed the WebSocket connection without completing the close handshake.

How scalable is it the feed??

One thing I noticed is that the POST message, where I request all RICs at once, is huge.

Because it’s a unique post of all RICs as a batch.

I set the buffers of the websocket to 65K (that’s its max) but still the same error. So the size of buffer does not seem to make a difference.

Are there limitations on total number of RICs to subscribe to ?

Are there limitations in the initial POST message to request the RICs ? 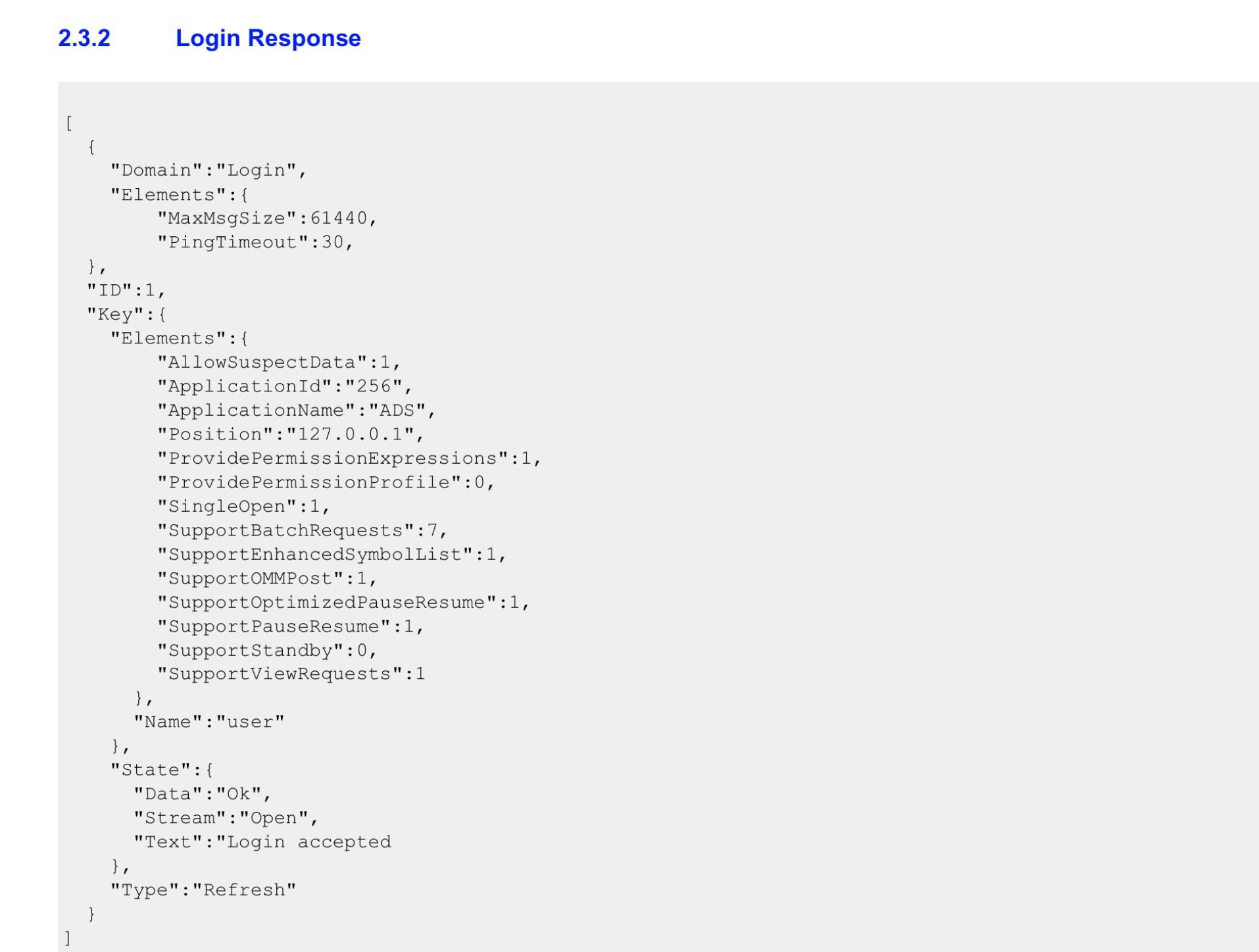 The WebSocket server limits requests based on the size of the message request, not on the number of items in the request. The login response will contain a field called: MaxMsgSize Which represents the maximum size, in bytes, a request can be. If you exceed this limit, the WebSocket service will disconnect.

The Websocket connection it directly into the RTO feed.

Hi @umer.nalla, the client is connecting to RTO directly.

Thank you all for the suggestions and guidance.

Some beginner questions regarding WebSocket API