Hi team, is there someone in Refinitiv who can provide advice to customers if they should migrate from RFA to Elektron APIs?

At present we are using RFA 7.4.1.L1 Library with Marketfeed Protokoll when receiving feed data from you. Morevover, we are uploading iBoxx CE prices to TREP-RT using a source-driven alternative where TREP-RT is connecting to us.

Now, we would like to know which library we should use going forward when we e.g. upgrade our OS to Linux 7.7. or even 8.x? Another thing to consider is new 64 bit technology that our system currently does not support.

From the documentation we have (RFA 8.1) we are seeing quite many choices. We also need to consider the compatibility with our software.

Do you have time for a call the other day to talk about these alternatives? 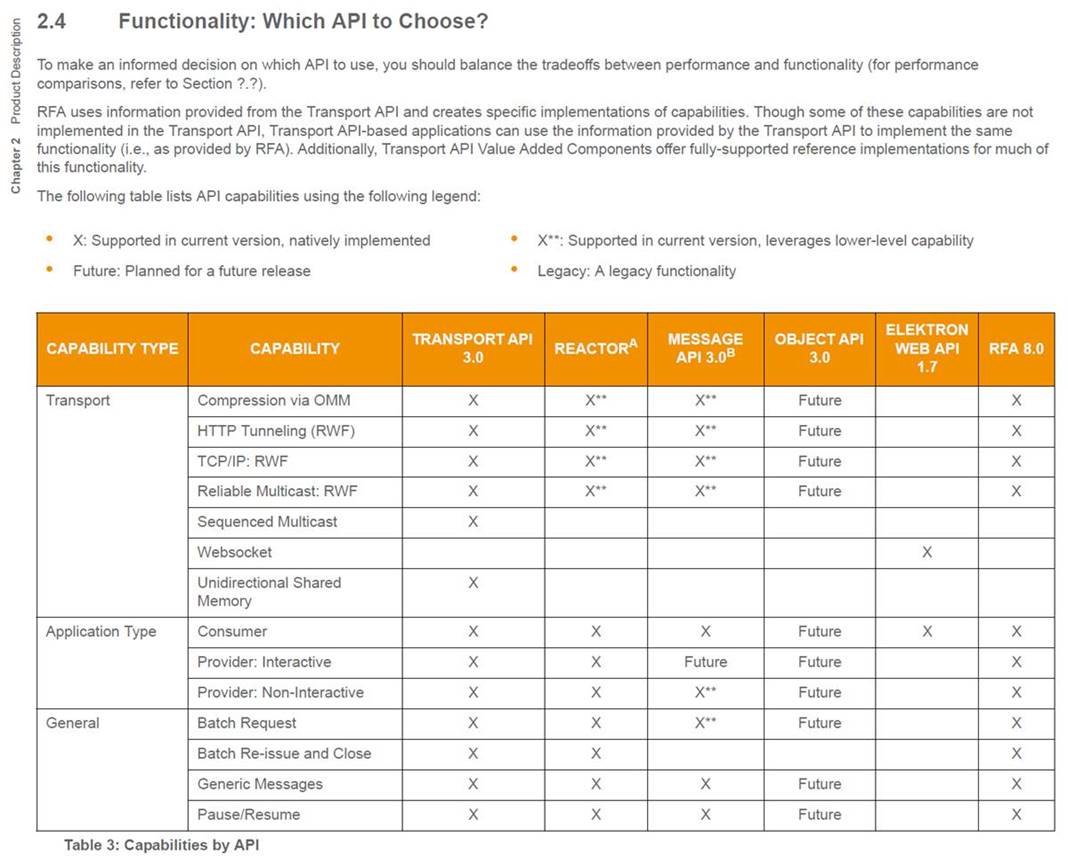 I think the customer will find the webinar Why migrate from RFA to EMA API? very relevant, as there are multiple considerations, that were all discussed during the webinar.

To mention some important points to consider:

RFA APIs, including RFA 8, is feature complete at this time, new features are available and will continue becoming available in Elektron APIs. As moving from RFA MD to RFA OMM is a coding effort, it may be worthwhile to migrate to EMA from Elektron SDK to take advantage of this.

The latest API Compatibility Matrix is very helpful for confirming what is supported.

Please suggest some times that work for a call via email.

Can you use the RFA API to connect to an Elektron in the cloud service?