I want to use an Interactive Provider as a server in my application. An object of OmmProvider is correctly created, configured as IProvider, binds socket and works well with all test Consumer apps, but when it comes to destroying an object and closing socket, it stays binded. So, next time I want to create a new OmmProvider object on this same port, it throws an exception (Error: 1002 Unable to bind socket. System errno: (98)) and can't bind second time. Using ServerSharedSocket=1 config option results in consumers just connecting to the old socket, ignoring a new one. Socket is closed well when the process is killed, but unfortunately, killing process is not an option, an app needs to be up and running all the time. In addition, there is a rsslCloseServer() method mentioned in Eta documentation. I guess this is what I need, but I don't see any way to call it on an Ema level. I cannot see any usages of it in the test examples of Ema either.

Could you please suggest how I can correctly close a OmmProvider's socket on Ema level without killing a process? Maybe there is some Server or Provider configuration option that I am missing?

REFINITIV
Best Answer
Answer by jirapongse.phuriphanvichai · Jul 15 at 03:05 AM

Thank you for the code.

The problem happens on Linux, but not on Windows.

If you are RDC (Refinitiv Developer Connect) subscriber, you can directly submit this issue to the API support team via Contact Premium Support to verify the problem.

Otherwise, you can raise this issue via Refinitiv Real-Time SDK Github.

REFINITIV
Answer by jirapongse.phuriphanvichai · Jul 02 at 05:28 AM

I have modified the C++ IProv100 example in the RTSDK-2.0.1.L2.win.rrg (EMA 3.6.1.L2) package to creating a new OmmProvider after deleting the previous one. The code looks like this:

From my testing, the application can close and reopen TCP 14002 port properly. 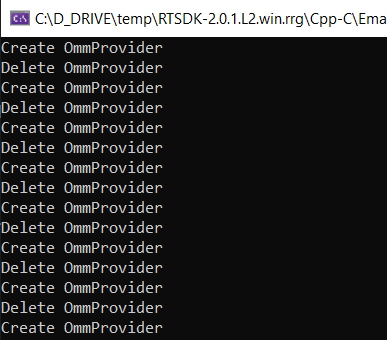 REFINITIV
Answer by chavalit.jintamalit · Jul 02 at 06:04 AM

On top of @jirapongse.phuriphanvichai answer, I also tested com.refinitiv.ema.examples.training.iprovider.series100.ex100_MP_Streaming on EMA Java.

And it works fine as well. 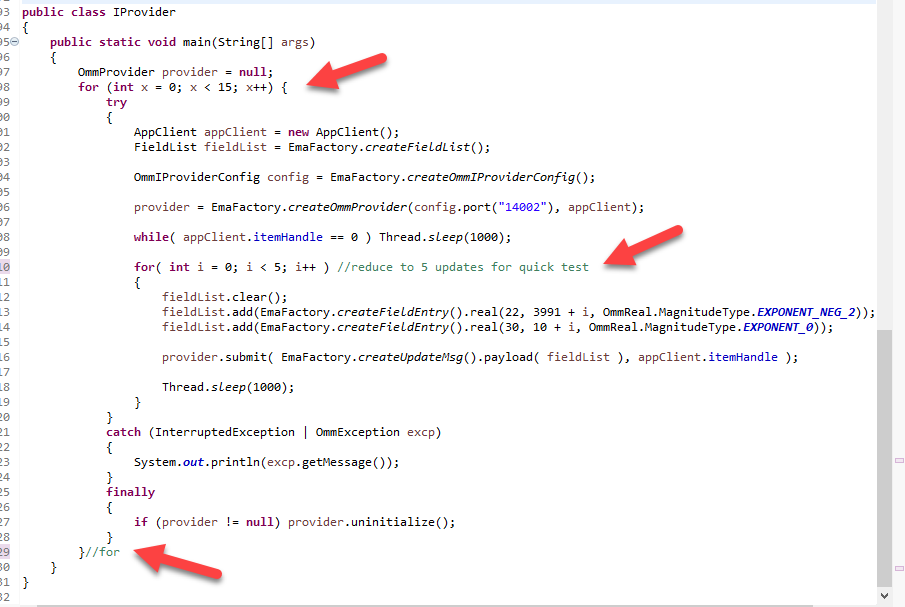 I've also tried to reproduce this issue with a minimal code. Here it is, three simple steps, even without sending anything (modified IProv100):

Creating a OmmProvider object, destroying it and creating a new one on the same port.

Here is the output:

I've also checked executable's syscalls with "strace" utility. There is a socket creation with "socket(AF_INET, SOCK_STREAM, IPPROTO_TCP)", which returned "10", but there is no "close(10)" call after it to actually close it.

Debugging Ema's code gave no results too. All methods, used in d-tor, returned success code, but still no close(..) called.

EMA stream returns only delta values but without timestamp